Tradestation provides built-in linear regression functions LinearReg and LinearRegFC, which both use identical calculation algorithms except for the inclusion of the ExecOffset feature in the later function.

The FC suffix after a function name normally implies a fast calculation algorithm is being used. However, in the case of LinearReg and LinearRegFC, both are using the same algorithm, which has not been optimized for execution speed. 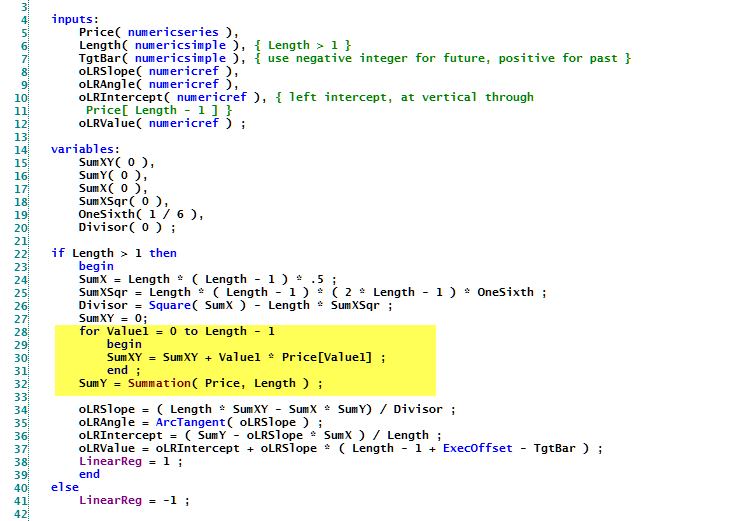 Fig 1. Original LinearRegFC Code
The area highlighted in yellow contains a loop and a summation that is performed with every new bar processed.

It is possible to optimize this section, replacing the loop and summation code with a simple addition/subtraction forumula, as shown in the optimized code: 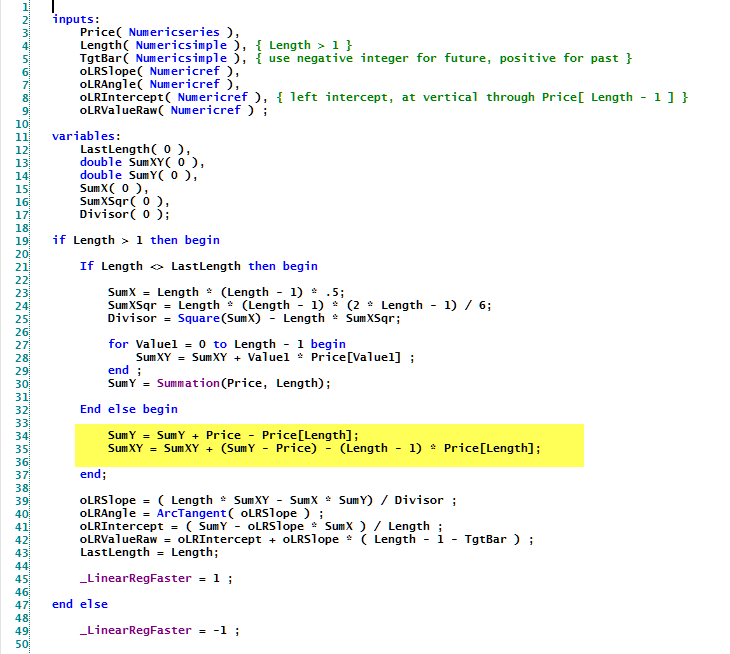 Users of earlier versions fo TradeStation may compile the code
from the text files included in the above *.zip file.